FREE NEXT DAY DELIVERY ON ALL UK MAINLAND ORDERS OVER £100

Tattoo Design Software and Apps: The Best Technology for 2022

When it comes to which tattoo drawing apps are the best tattoo design software, it’s really only a one horse race: Procreate. And for which hardware to go with your software? Again, why consider anything else, it’s all about the iPad Pro and the Apple Pencil.

But there are other tattoo apps out there that have their merits, so we’re not quite finished yet! What about good ol’ fashioned Photoshop? Or MediBang for those who are looking for a free tattoo design app?!

Read on for our run through of all those you should consider – that’s before you go back to the beginning and get Procreate and an iPad Pro.

So, let’s get it out of the way… When it comes to tattoo drawing apps, there really is no other like Procreate.

Described on the Apple app store as ‘Powerful enough for creative professionals. Simple enough for everyone’, we can’t say we disagree. It’s packed full of awesome features, allowing you to create beautiful sketches, illustrations or paintings on an ultra-portable canvas.

The interface is elegant yet simple, with left and right-handed options, and there are hundreds of varied pressure-sensitive brushes, along with an advanced layering system and stunning filters.

Offering full PSD support, the exceptional performance of Procreate means zero lag, whilst it will autosave continuously as you go so that you’ll never lose anything again.

One cheeky little highlight for us, is that you can also watch your creations come to life as it records you as you go. Your efforts can then be exported to a 30-second 4k time-lapse video and uploaded to social. How cool is that?!

Procreate reviews online are consistently positive so it’s no surprise it’s been named an Apple Design Award Winner and an App Store Essential. Its only down side is that it’s only compatible with iPads, however there is a ‘Procreate Pocket’ version for iPhones at £4.99.

Ahhh Photoshop. The go-to design industry standard for enhancing photographs, designing websites, mobile apps and even packaging. But do we need all this in our tattoo design software?

Both Photoshop and Procreate have their own strengths and weaknesses so rather than looking at Photoshop on its own, let’s look at some of the key differences between the two:

The short of it is probably that those who have been using Photoshop for years (it’s been around since the 90s) are so used to it that they’ll stay with it forever now. It really is the best tool for graphic design and professional digital art. But when it comes to tattoo design software and the level of functionality needed, if you’re happy to change or are just starting out, Procreate is the way to go.

If you’re looking for a simpler sketching app, MediBang might be the way to go for you. Designed as a comic creation app, it’s compatible with Windows, Mac, iPad, iPhone and Android. It is also free!

It comes loaded with brushes, fonts and pre-made backgrounds amongst other features, but nowhere near in the region of Procreate or Photoshop numbers.

The interface is simple so it’s easy to just pick up and go. It also allows for photos to be imported into layers so if you’re looking to create a stencil for a portrait you can map out everything you need over the top and then print the stencil drawing straight from your iPad.

If you’re into comics, it’s easy to share your work with its network of users via its own cloud-based software (you must create an account). It also lets you easily transition between devices and ensures you don’t lose your work although it can take a while to save larger pieces. A few online reviews mention about the tattoo design software say that it is crashing every so often, but it does automatically back-up where you left off.

As it’s a free drawing app, it does have ads, but these are confined to the ‘Home’ section and don’t interrupt you when drawing. With a 4.6 review rating, it’s definitely doing something right though!

For any kind of tessellation or mandala, Amaziograph has 11 pre-built symmetries. Once you touch the screen (Apple Pencil compatible!), the stroke is automatically duplicated at multiple points across the canvas. It’s almost quite therapeutic in nature.

It still comes with a few fancy features, like brush and eraser tools, adjustable stroke widths, softness and opacity, a mixable colour palette and layers (some limitations on Android) as well as being able to draw in dotted and dashed lines.

As with Medibang, it has a habit of crashing so be sure to save!

Magic Poser allows you to position 3D human forms online like a real doll by tapping on control points and dragging. Your finished position is then exportable as a PNG or JPG to be used as the basis for your drawing elsewhere. Gone are the days of asking your significant other to position their hand in a certain way for you to photograph!

You can pose an unlimited number of models which come in a variety of sizes and genders with differing hair and clothing options, even posing multiple models at a time along with props (from desk chairs to medieval swords!). It also offers realistic adjustable studio lighting allowing you to move the lighting focus and the shadows it casts.

Although the app is free from the Apple App Store, be aware that only the basic features are free with anything additional, including the pre-set poses, being charged for.

You can try the full-featured version for 7 days, or they have a free web app which is quite entertaining to play with.

You might think we’re being ironic here but there are still countless artists who pay homage to the regular pencil and paper on a daily basis and don’t see the need to use anything else. It’s worked for years so why change?

There’s no doubt that tech has really transformed how the majority of tattooists draw in the last few years but even for those that don’t use them as their regular drawing kit, a painting might still start out on paper. You don’t always need tattoo design software.

So, have you bought Procreate yet?

If you want to have the same freedom while tattooing that you have with a pen, have a look at our Advice Hub article on the best wireless tattoo options.

Back To Advice Hub Homepage
Want to know something you can't find here?Ask A Question 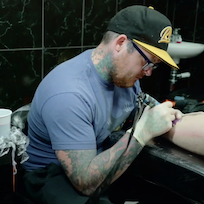 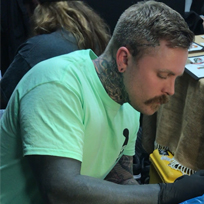 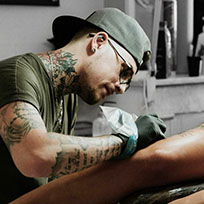 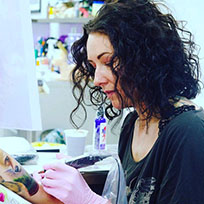 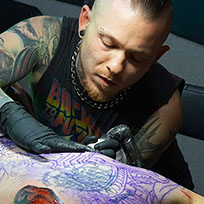 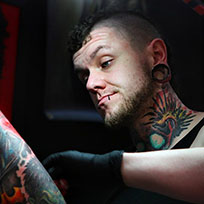 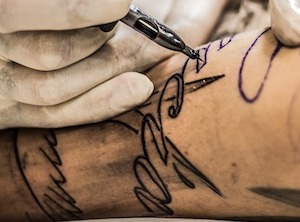 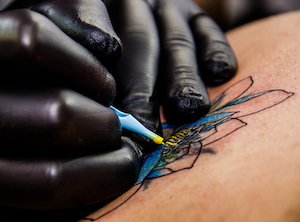 Tattooing Over Stretch Marks, Moles, Scars And Other Skin Conditions 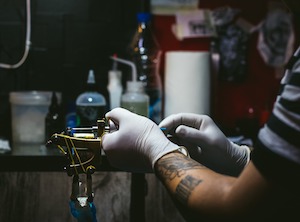 How To Set Up A Tattoo Machine 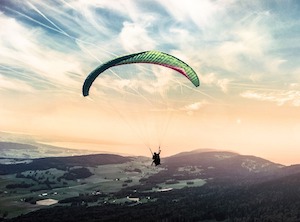 How To Expand Your Artistic Horizon 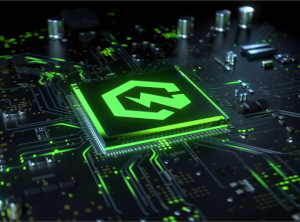 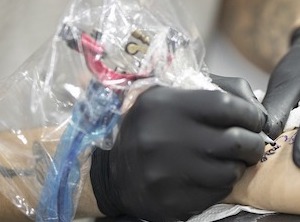 How To Clean And Sterilise Your Tattoo Machine

Tattooing Over Stretch Marks, Moles, Scars And Other Skin Conditions

How To Set Up A Tattoo Machine

How To Expand Your Artistic Horizon

How To Clean And Sterilise Your Tattoo Machine

Back To Advice Hub Homepage
Want to know something you can't find here?Ask A Question